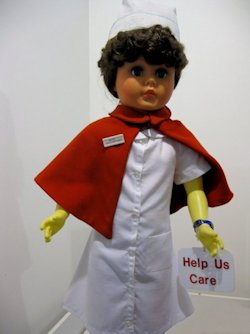 Nurse Goody Two-Shoes was mascot of the David Trumpy Paediatric Unit from 1979 to the late 2000s. Her uniform is a replica of that worn by nurses at Ipswich Hospital from the late 1960s through to the 1990s.

She was loved by the many children who passed through the ward and their families.

However, she was the brunt of many a caustic comment from tired and hard-worked paediatric nurses at the end of their day as her appearance remains cool, uncrushed and with determination in her stance! 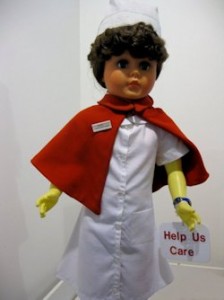