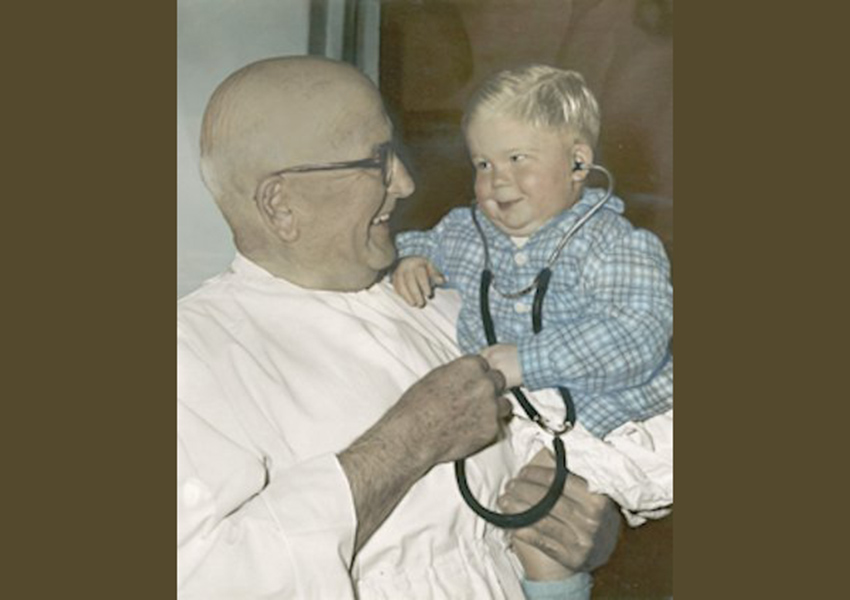 A colour photograph of Dr Trumpy, former Medical Superintendent of Ipswich Hospital, holding in his arms a small boy with a stethoscope draped around his neck hangs in the AE Wilcox Museum, Ipswich Hospital. The boy is Peter Merrell, and from the expression of the faces of the doctor and young patient it is evident that there is a fine rapport between them. The photograph was taken in 1960 by Nurse Beth Sneyd, daughter of well-known sports photographer for the Brisbane Telegraph Bill Sneyd, when Peter, as a two-year-old, was a patient in the former Sunshine Children’s Ward, Ipswich Hospital.