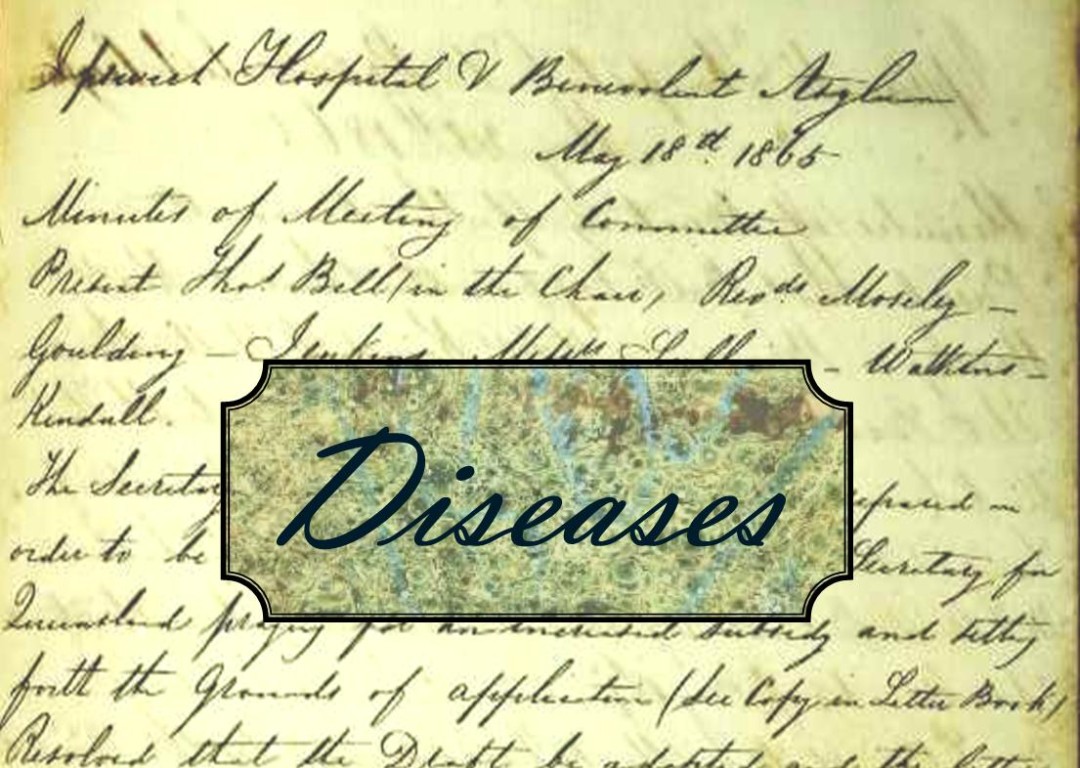 BENEVOLENT ASYLUM:  On the 1st January, 1864, there were thirteen inmates of the Benevolent Asylum, and between that date and the 31st December, eight were admitted – in all twenty-one. Of these, six were discharged, six died, and nine remain.

List of the diseases treated in the Ipswich Hospital during the year 1864, with the number of each:

Nov 13th:  Resolved that the Secretary be instructed to make an application to the Government for a Grant of £500.0.0 to enable the Committee to erect a Building, on the upper portion of the Hospital Ground for the reception of Fever cases as the present accommodation in the Hospital is exhausted and the patients in consequence are so overcrowded as to endanger contagion. The proposed building to be constructed of wood. The dimensions 40 feet in length & 35 feet in breadth more or less according to circumstances.

Resolved also that the Government be requested to lend to the Hospital from three to six large tents, in which patients, under the direction of the Medical Officers, may be placed in the present emergency.

Nov 24th:  Letter from the Colonial Secretary read in reply to the statement of insufficient accommodation in the Hospital made on the 13th.-. The Government proposing to remove the Benevolent patients to Dunwich.