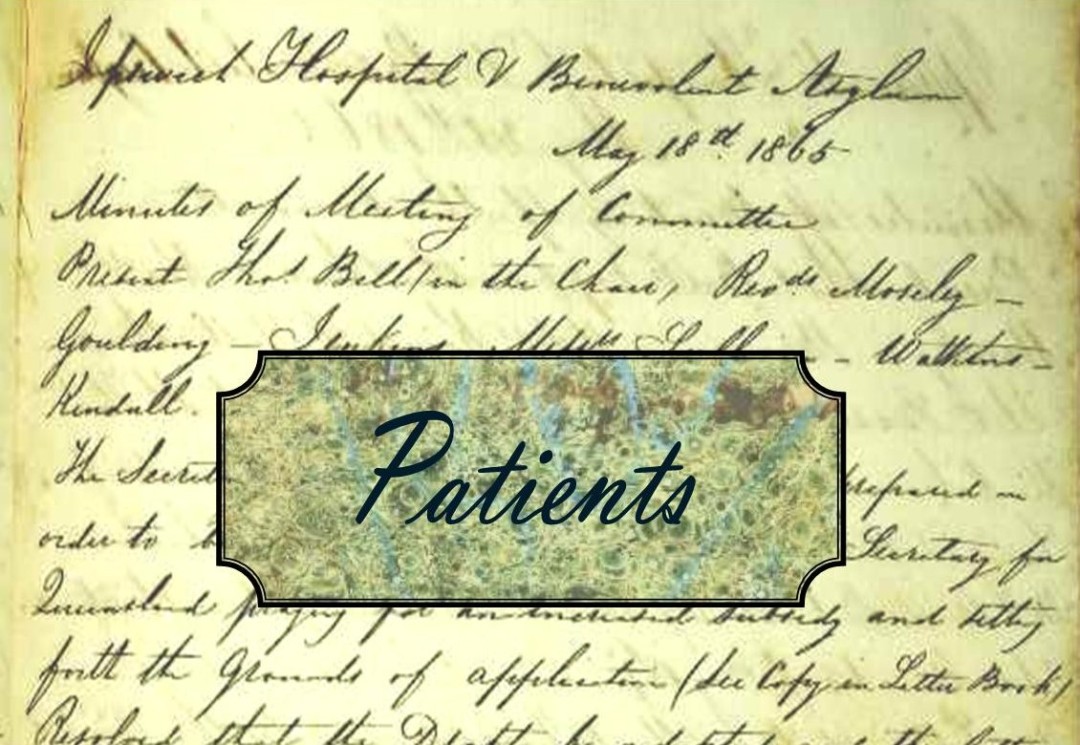 9th March:           …“Mr. Watkins stated that certain of the palings enclosing the Institution had been removed, & that is was feared, patients occasionally made their exit without permission. Mr Heeney was therefore requested to admonish all the patients with reference thereto, & to caution them that any found thus leaving the Establishment, would be summarily dismissed.”

17th August:         …” Resolved that Tickets for the admission of Patients be given to each Clergyman in the proportion of one ticket for every Ten Pounds collected”….

24th August:         …“Visitors to the Patients in this Hospital are admitted between the hours of one and four o’clock on Tuesdays, Fridays and Sundays only.”

2nd  November:    …”the request made by Thomas Ware (who lately died in the Hospital) for the Sum of £2..10..0 bequeathed by him for distribution amongst the Servants be carried into effect. The Young man attending upon him to receive 10s/- the other Servants £2..0..0 distributed equally” …

….” the use of Tobacco be allowed to certain of the Patients in the Benevolent ward, under the direction of the House Surgeon”.

…”Patients admitted by Ticket be approved by the Committee at the first Subsequent Meeting. The admission Ticket to be examined by them at this meeting.”

30th November: …“Mrs Holmes a patient admitted by “Ticket” not being found on enquiry a fit object of charity was rejected. Subsequently she was readmitted as a pay Patient.””

21st December:    …”the Matron be instructed to provide the usual Xmas treat for the Patients”

28thDecember:  …“inform the convalescent women in the Hospital that the Committee expects them to provide themselves with situations as they would be discharged shortly.”