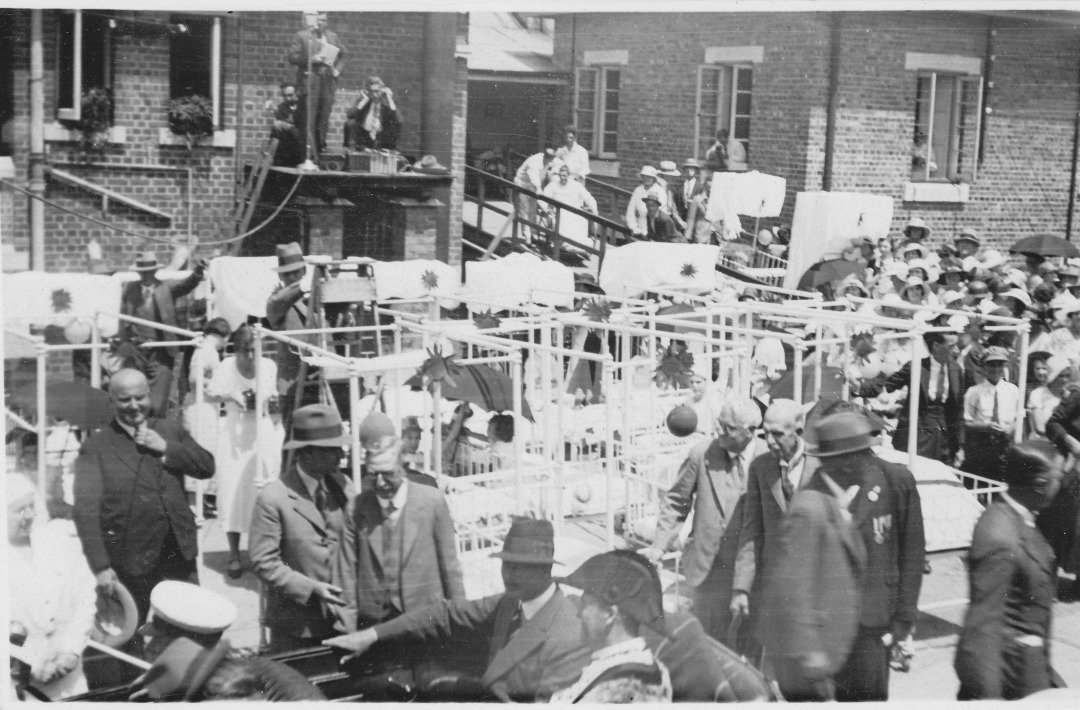 Prince Henry, Duke of Gloucester accepted an invitation to lay the foundation stone for the Sunshine Ward at the Ipswich Hospital on 4 December 1934 during his visit to Australia for Queen Victoria’s centenary celebrations.

Royal fever reached epidemic proportions as the year wore on and preparations progressed for the royal visit.

Finally, on Tuesday 4 December the train carrying the Duke travelled down the range  from Toowoomba, making brief stops at Gatton, Laidley and Rosewood where large crowds had gathered to welcome the royal visitor.

The Duke arrived in Ipswich at 12.20pm on a typically hot and sticky summer day. After a civic welcome in Queen’s Park where “a spontaneous outburst of loyalty and affection sprang from the throats of several thousand children and adults”, the procession made its way to the hospital.

Once again the Duke was greeted with “vociferous cheers” from the large crowd, including young patients in cots which had been wheeled outside for the occasion. Passing through a double row of flag-waving nurses, he made his way to the foundation stone, where the president of the Hospital Board Mr J.G. Bishop welcomed him, making special mention of the fact that a great deal of the money for the new building had been raised by the children.

The Prince took the trowel, tapped the foundation stone, and declared it “well and truly laid”.

Nurse guard of honour for Prince Henry, Duke of Gloucester 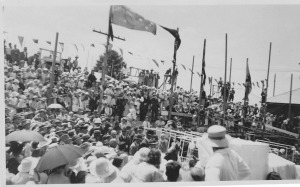 Crowds gather for the visit by Prince Henry, Duke of Gloucester 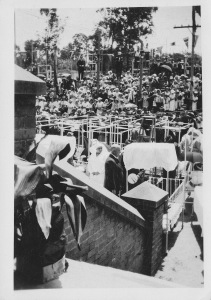